Deciding whether to order a second lobster and filet mignon sandwich for lunch proved an almost daily dilemma for me onboard Oceania Cruises Insignia. Lucky enough to be the guest of my friend Barbara and her 91-year-old mother, Rosalyn, for a July sailing to New England, Halifax and Bermuda, I loaded up my Kindle, packed my sunscreen, and prepared for 10 days of sea breezes, strolls through ports and sweet camaraderie. I anticipated a ship with more baby boomers and super-seniors than millennials as well as such refined touches as waiters who brought your buffet plate to your seat and a string quartet that played Hayden and Beethoven in the atrium. But I never expected the tasty cooked-to-order lobster and filet mignon for lunch from Waves, the ship’s outdoor cafe, an eatery that also grilled Kobe burgers, mahi-mahi and steak.

Embarrassing as it is to admit, food is a big part of the voyage for me. Like many people, I tend to overeat on cruises, packing my plate with dollops of whatever at lunch buffets, hoping that the seafood salad isn’t all mayonnaise, the fried rice too greasy, or the kebabs too dry but eating everything anyway. So Insignia’s fare both surprised and delighted me. 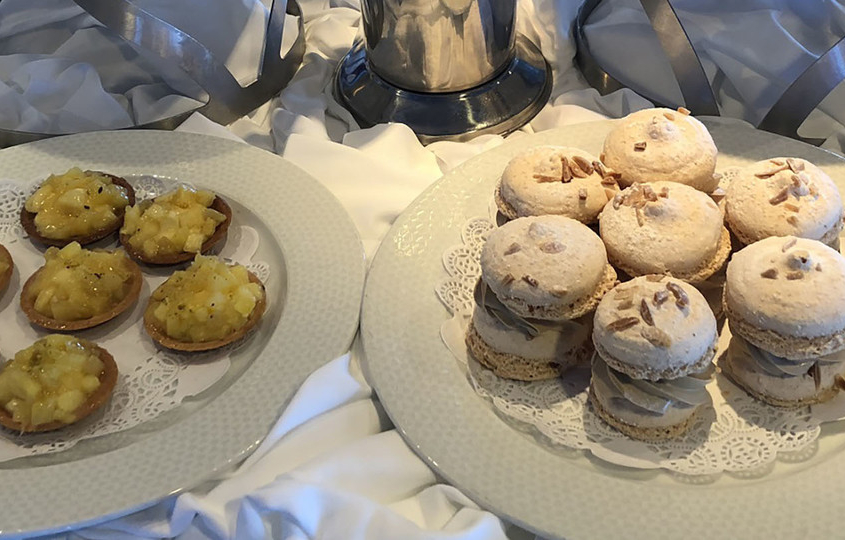 Afternoon tea on the Oceania Insignia provides sweets that are too good to pass up, even after a big lunch.

Although I don’t especially like long meals, Insignia’s five-course dinners with eight to 10 entrees from which to choose every night changed my mind. Do I want the beef short ribs with curry paste, the sauteed jumbo shrimp, the tamarind-braised codfish or beef bourguignon prepared according to chef Jacques Pepin’s recipe? In addition, the menu always featured a vegan dish, and for those who want to eat well and count calories a three-course “healthy options” suggestion carried the imprimatur of lifestyle brand Canyon Ranch. I also couldn’t resist the desserts, especially the flourless chocolate cake. The only entree to receive a unanimous thumbs-down from my table was the bland and gelatinous steamed Maine lobster tail, although I was assured it had not been previously frozen.

“Everything onboard is fresh. Nothing is frozen,” said Damien LaCroix, the ship’s general manager. “Sauces are made from scratch. We even make our own ice cream, and we have a baker who bakes three times a day.”

For the most part, the main dining room offered food as good as the ship’s specialty restaurants, which, by the way, don’t cost extra. The Polo Grill, a steakhouse, plated the classics and also served seafood. Toscana, offering Tuscan cuisine, featured 10 pastas, as well as 10 additional entrees. My sea bass with an emulsion of lemons, capers and chardonnay proved memorable. Toscana began the meal with a selection of 10 types of olive oil and three kinds of balsamic vinegar plus bread.

Did I mention the afternoon tea? Waiters tempted us with trays of finger sandwiches, scones and pastries. Even on afternoons when I felt as fat as a 600-pound goliath grouper I made it to Horizons, the lounge on Deck 10, for its panoramic water views, string-quartet music and, OK, I admit it, a couple of fresh baked scones with jam.

Barbara rose every morning for an hourlong workout in the small but well-equipped gym. I thought about it every morning, then went back to sleep. I exercised, I reasoned, in my “real” life on land and not on this ship where I sought 10-days of indulgence that included walks in port, reading on the balcony and really good food. 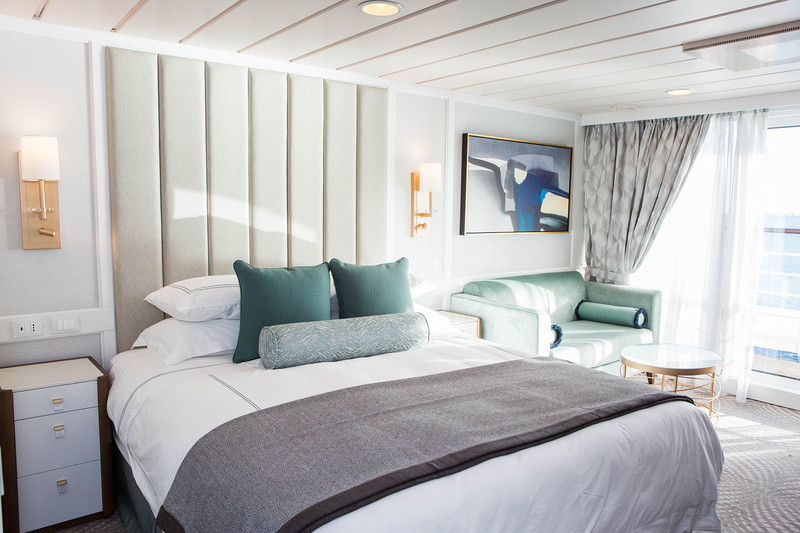 Cabins on the Oceania Insignia have recently been renovated to be more bright and modern.

How was the rest of the experience? Rather than razzle-dazzle, Broadway-style musicals, a singer, a comedian or the ship’s orchestra took to the stage in the evening. Although entertaining, the shows fell short of being a compelling reason to select the ship. The real reason to come aboard is for the food.

Oceania’s six ships carry 684 or 1,250 passengers. They call on more than 450 ports worldwide, including in Europe, Alaska, Asia, Australia, New Zealand, New England-Canada, the Panama Canal and the Caribbean: www.oceaniacruises.com. 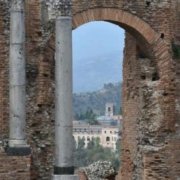 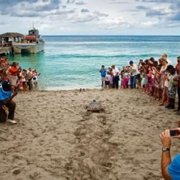 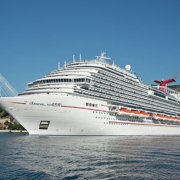 Creators Syndicate Come Aboard the Horizon for the Belly Laughs 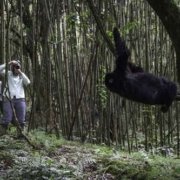 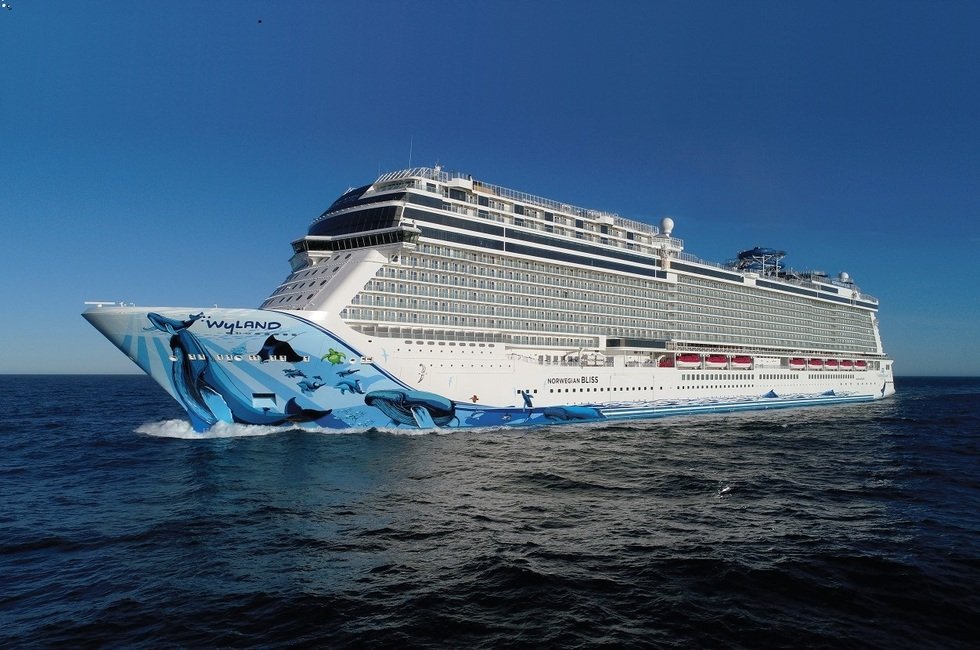 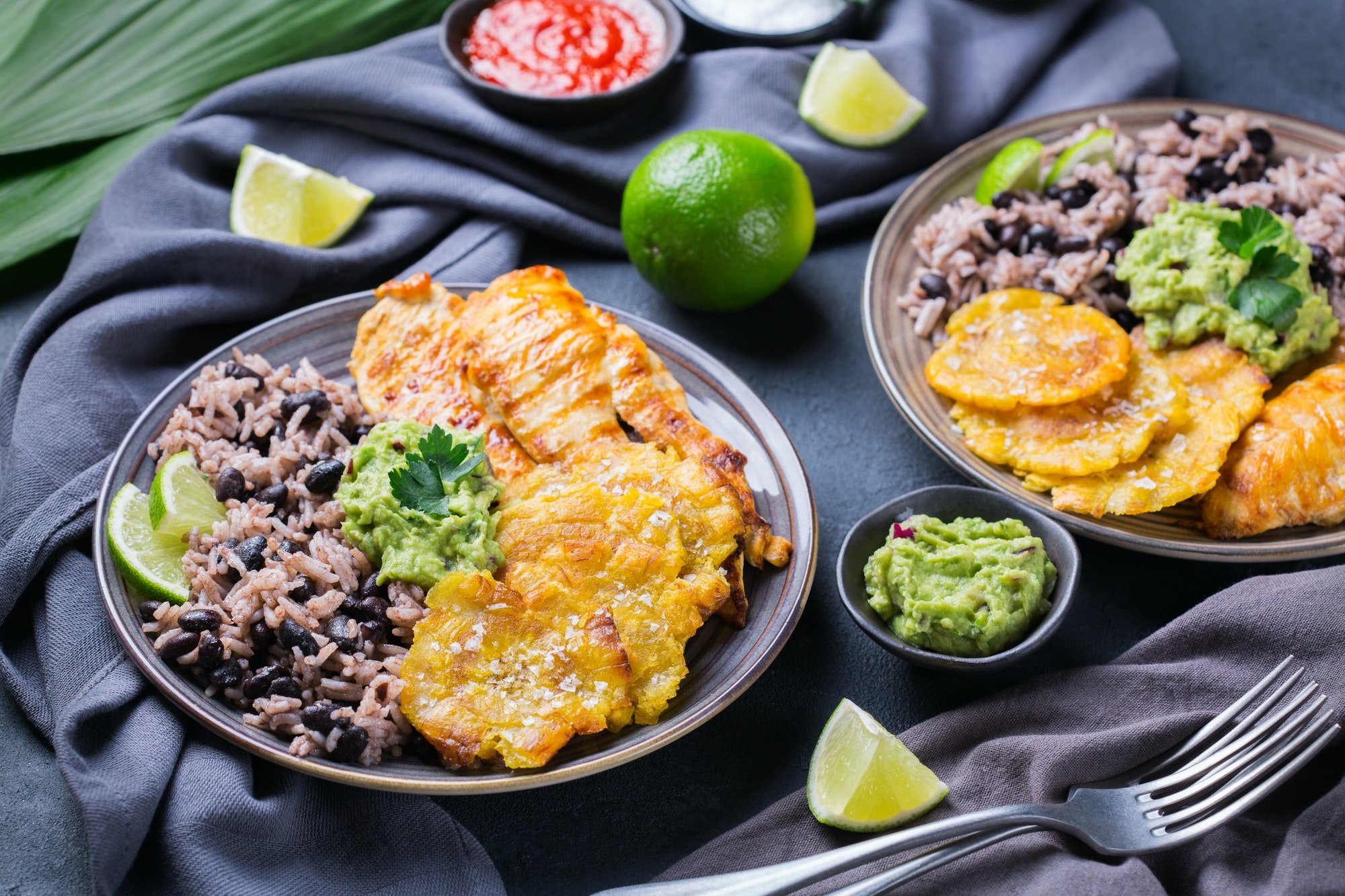 Frommers.comBest resorts for families in the Caribbean and the Bahamas
Scroll to top